Whenever the generator fails to work or doesn’t generate power, the daily routine gets disrupted. You are left in the dark barehanded with no electric appliances to use.

Having found yourself in such a situation, I am sure you are wondering why does my generator runs but has no power produced. As well as what to do.

Why Does My Generator Runs But No Power Produce?

Do not worry, this article explains everything about this problem, including how to fix it, as well as knowing why my generator runs but has no power production.

Also Read: How To Start Generator Without A Pull Cord?

The Most Common Reason For No Power Production By Your Generator

When your generator runs but doesn’t produce power, the issue is that it has lost its residual magnetism.

They achieve this by converting some part of the power they generate into DC power. The current is then passed along a coil, resulting in an electromagnet.

Power cannot be produced, and its functions cannot be performed without residual magnetism. Although it runs, no power can be generated.

if you are certain that residual magnetism is the problem, then you can follow any of these described methods to fix

The following things you will need

The first step is to identify your generator’s voltage. The voltage generator will have two brush wires attached to it. One of them will be red. Another will either be white or black.

Disconnect both wires. You need to plug the black or white cable into the generator’s battery ground terminal. Plug in your light and turn on the generator.

Connect the red brush cable to your 12-volt vault battery. Press the two brushes against the generator’s terminal for 3 to 5 seconds.

Unplug the battery wire. Attach the brush cable to its respective socket. It should all work now.

Ensure that the brushes from the automatic voltage generator is unplugged. Otherwise, You will damage your generator.

In addition to more, the Automatic Vault Generator must not be touched by any other wire. You will be shocked.

This method will help you determine whether a residual magnetism problem exists easily. It would even fix your generator if the theory is correct.

Connect an electric drill to the generator’s receptacle. Be careful to place the drill facing forward. Press the trigger to turn on the drill.

Start the generator now. After that, release the drill’s trigger. The drill clip should be spinning backward.

The drill should spin in the opposite direction if this does not work. Your reverse switch may be positioned incorrectly.

You should clean and clear all ports of debris and blockages, and double-check all connections to fix poor connection issues. By doing this, you will keep your generator as reliable as possible.

If you are sure that circuit wiring is the problem, locate it and then correct it.

Connect a blocked excitation winding using a multimeter if it is blocked in an excitation circuit. It is possible to polish the surface oxide layer to remove failure caused by poor contact, allowing the loose connections to be tightened securely.

For this, Simply replace the brushes.

It’s a good idea to unplug your spark plug to prevent accidental starting.

The alternator cover is attached to the generator by bolts or screws, remove them, and then remove the wires connecting the brush assembly to the alternator (take pictures to remember the location of everything).

Ensure the capacitor is removed from the generator and that any remaining charge has been discharged. Use a multimeter to measure the capacitance of the capacitor. A capacitor’s rating should be within +/- 5uf of the labeled value on its side. If it isn’t, replace it.

To fix this, the spark plug must be removed to prevent an accident. Afterward, disconnect the outlet by removing the screws. Take note of the wire orientation on the breaker, disconnect the power harness, and open the outlet housing cover.

Using a flat-head screwdriver, remove the old breaker protective cover. Connect the new breaker by snapping it into place. Follow the previous steps to assemble everything again.

Why does my generator only produce low voltage?

Voltage drops can be caused by many factors. One of the most common is that the operating load is greater than the generator’s capacity. If this happens, the generator will slow down or lose voltage, which will have an impact on the rest of the system.

How to fix the Generac generator not producing power?

Follow these steps in order to fix your Generac portable generator
Unplug everything
Use electric appliance to test output
Check the breakers
Now start the generator, and make sure there are no items plugged in until the engine to speed.
Warm-up with the choke in the run position
Now plug in any electrical appliance without an extension cord. It is essential to do.
If still no power is producing, check the breakers on the control panel.
If any are tripped, reset them.
Your engine either has a push-button breaker or switch-style breaker
The push-button breakers will easily pop out, and you can reset them by simply pushing them in.
For switch, and style breaker, be sure they are in the ON position
Now simply trip it.
It will surely work, if not then connect the drill cord and pull the trigger.

So now you know you can restore the power to your generator using the methods described above. The generators fail for a variety of reasons, just need to inspect the generator. When the problem is identified, fix it using the appropriate method outlined above.

I hope this article helped you a lot in knowing why my generator runs but has no power production. Don’t forget to share it with others facing similar issues. Also, comment down below if you have any issues. 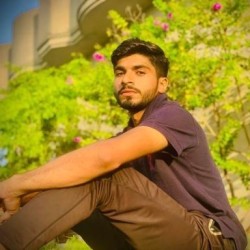 MyGeneratorLab was founded and is headed by Kaif Rai. As a long-time outdoorsman, I've always been fascinated by generators. I founded MyGeneratorLab to share my knowledge of the best generators on the market with others. I provide reviews on generators with in-depth guides. I will help you learn how to maintain generators properly so they will last longer by using my guides! I started my generator reviews in 2021. Since then, I’ve had the privilege of experiencing and testing generators of all shapes and sizes.