The majority of people do not know what’s the difference between generator and inverter since they’re both used similarly, and there seems to be a lot of confusion among consumers about these two terms.

With an inverter, direct current is converted to alternating current, which all household appliances make use of, as opposed to using a generator, which produces electricity from mechanical sources.

You can discover much more about the differences between inverters and generators by reading this article.

What is a Generator?

Nevertheless, it does not create electric energy; instead, it uses electromagnetic induction as a basic principle. A diesel engine or steam turbine-powered it at a definite speed, but it produced no electrical energy unless it was driven at a definite speed.

In the event of a power outage, generators have emerged as one of the most useful devices. Electricity is generated through a variety of mechanical sources such as steam turbines, water turbines, and motors.

What is an Inverter?

Typical household appliances can be operated using an inverter by adding additional electronic circuits that manage load and battery charging. The device is an adapter that allows conventional home wiring to power low-power appliances powered by batteries.

The power produced by the inverters must match the quality of electricity that is generated by the main electricity grids. In addition to operating independently, they can also be connected to the main grid.

Almost all modern appliances can be powered by it, such as refrigerators, microwaves, water purifiers, and other low-power devices.

All household appliances use alternating current since it is the standard for inverting the direct current.

8 Main Differences Between Generator and Inverter

Let’s clear up any confusion by knowing the difference

Among inverter generators and conventional generators, the most important difference lies in the type of electricity they generate.

The electricity produced by a conventional generator is AC, whereas inverter generators produce electricity in three phases (from AC to DC and back again to AC).

Inverter generators are known for their stable sine waves: This makes them a ‘clean energy source’. Consequently, harmonic distortion is negligible, making it an ideal power source for sensitive electronics such as mobile phones, tablets, and laptops.

Due to its chaotic sine wave, a portable generator’s harmonic distortion is much worse than that of a conventional generator.

This type of current is still suitable for many electrical appliances, but unfortunately, it is not suitable for devices with microprocessors.

Power can be produced more efficiently by conventional portable generators than by inverter generators.

There are several factors involved, including the fuel tank size and differences in the way electricity is generated.

Compared to conventional generators, inverter generators produce an AC current that is more energy-efficient. Generators that use inverters automatically adjust their engines to the load, which is not possible with conventional portable generators.

Inverter generators use less fuel due to their greater fuel efficiency. Using less fuel for similar run times can reduce the size of the fuel tank as well as energy efficiency increases.

An inverter generator has a higher power output than a conventional generator, which can often be the deciding factor.

A conventional portable generator can generate over 10,000 watts, while inverter generators produce 1200 to 4000 watts of power on average.

Large conventional generators are still portable because of their wheels and handles. However, many portable generators still weigh more than 100 pounds, which makes this quite a task.

Noise is the bane of traditional portable generators. The reason is that fuel-powered generators remain noisy even when noise-minimizing measures are employed.

Around 54 – 58 decibels is the average noise level generated by an inverter generator. This generator produces significantly fewer decibels when compared to conventional generators that produce 64 decibels or more.

Several capacities of generators are available, and they can handle heavy loads.

In places where power outages are longer, they are extremely useful, and they are able to withstand power surges. Power surges do not stop it from operating.

In spite of this, it takes some time and effort to kick-start a generator.

With fewer power surges and a low-capacity design, the inverter is perfect for households. An automatic shut-off feature prevents the unit from being damaged by sudden spikes of power. Inverters also automatically start if the power is cut.

There are currently no parallel connections available on conventional portable generators. As they have already become more powerful and less portable, it is not surprising.

States have their own rules governing the emissions of greenhouse gases from generators. Depending on where the generator needs to be used, these regulations may be more stringent.

At the very least, portable generators must be compliant with the EPA. For California generators, the CARB requirement is also required.

Generators that use inverter technology are more expensive since they use newer technologies to produce a much more refined electrical current that is more efficient, quieter, and produces little or no harmonic distortion.

The standard portable generator is a very simple machine that has been available for years, which means its price can be lowered.

Is an inverter generator necessary for my house?

When powering sensitive technology, like telecommunications devices, an inverter generator is a better option.
The quality of power is a critical factor in many new electrical devices. These devices can be damaged or malfunction if conventional generators are used to power them.

Are there good inverter generators for home backup?

Are there good conventional generators for home backup?

You know now how an inverter differs from a generator. Each plays a crucial role in its own way. If you want to buy one, you must first know what are your needs.

There is a great demand for inverter generators today, similar to the technology described above. As opposed to conventional generators, inverters produce AC power, convert it to DC, and then convert it back to AC power. These procedures have many advantages, including increased energy quality, reduced fuel consumption, and reduced noise levels.

I hope this article about what’s the difference between generator and inverter explained clearly, so please share it with friends and leave a comment below. 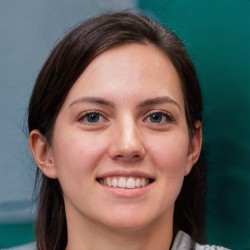